Held in Barcelona since 2011, the Smart City Expo World Congress is the leading international event on city transformation

Over a decade ago, the Fira de Barcelona decided to host a congress dedicated to creating a better future for cities and their citizens . The aim of the event was to share urban innovation from around the world in order to empower cities. It does so by encouraging social innovation and identifying opportunities for collaboration.

11 years on, the event has met with considerable success: the Smart City Expo World Congress was not only the first; it is also now the leading international fair on innovation and urban transformation,, responsible for similar events in other American, Asian and European cities.

Thanks to its incredible reception, the event has expanded from its base in Barcelona to other countries, including Argentina, the United States, Qatar, Brazil, Mexico and Colombia. The events are adapted to the specific needs and interests of their region.

In third place behind Singapore and London, Barcelona has demonstrated a major commitment to digital transformation and helping to change the mentality of its business ecosystem. The city's strengths include social cohesion, urban planning, and mobility; it has also been recognized for promoting key strategic sectors , such as the digital and creative economy, industry 4.0, health, and biology.

It should be remembered that a Smart City is a city that uses technology as a tool to improve its inhabitants’ quality of life. Barcelona is showing the world how this can be achieved. 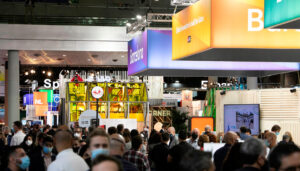 More than 10 years of experience

So what has changed over the last ten years? With the world population reaching the meteoric figure of 8,000 million inhabitants, and with more than half of the population living in large cities, cities are gradually realizing the vital importance of continuous smart change.

There have been changes in what is considered important: In 2011, for example, the technological revolution seemed oblivious to the true importance of the citizen, in reality the beating heart of the city. Today, mobility, infrastructure, inclusion, and governance play a key role in enabling the cities of the future to pursue a common goal: to help transform cities into a better place for their inhabitants and achieve a more sustainable planet in which there is room for all.

After almost three years of uncertainty caused by the pandemic, the aim of this year’s event is to achieve the same success as in 2019. At 100 site events, some 20,000 visitors, 800 exhibitors, and over 400 speakers will be discussing the technological applications needed to ensure citizen-centered progress in cities that are ever more densely inhabited.

Between 15 and 17 November, the main actors in the field will be sharing knowledge and experiences on city transformation at the event that this year has been tagged 'Cities Inspired by People.’ This year’s event will be hosting delegations from Amsterdam, Berlin, Boston, Brussels, Buenos Aires, Doha, Kiev, New York, Paris, Quito, and Rome, and many other cities.

The congress program will revolve around eight issues this year: Enabling Technologies, Energy and Environment, Mobility, Governance, Life and Inclusion, Economy, Infrastructure and Buildings, and Safety and Security. Presentations will be given by the architect Elizabeth Diller, gardener Ron Finley, and mathematician Hannah Fry, as well as the mayor of Kyiv, Vitaliy Klitschko.