Barcelona is on the top of most people’s list of places to visit in the summer, so if you’re lucky enough to live in this exciting city – there really is no need to brave COVID chaos in a desperate bid to travel somewhere else.

Digital communications consultant Chené Koscielny shares her list of the top 11 fun things to do in Barcelona this summer.

– Barcelona has 360-view rooftop experiences for every taste – whether you fancy a bit of luxury, a trendy hangout or a more chilled space.

The bar has a luxury, yet cozy feel with teak floors and candles and Mediterranean plants.

Enjoy a cocktail for only 11 Euros!

Food options include tapas, paella and a surf and turf menu.

Don’t let the curfew cramp your style – there are still plenty of fun things to do before the clock strikes 1pm.

San Pau – a former hospital – is the world’s largest art nouveau complex and an important work of Luis Domenech i Montaner – the architect of Modernism, the Catalan Art Nouveau.

You can also do a daytime guided tour of the complex – declared a UNESCO World Heritage site because of its singularity and artistic beauty. 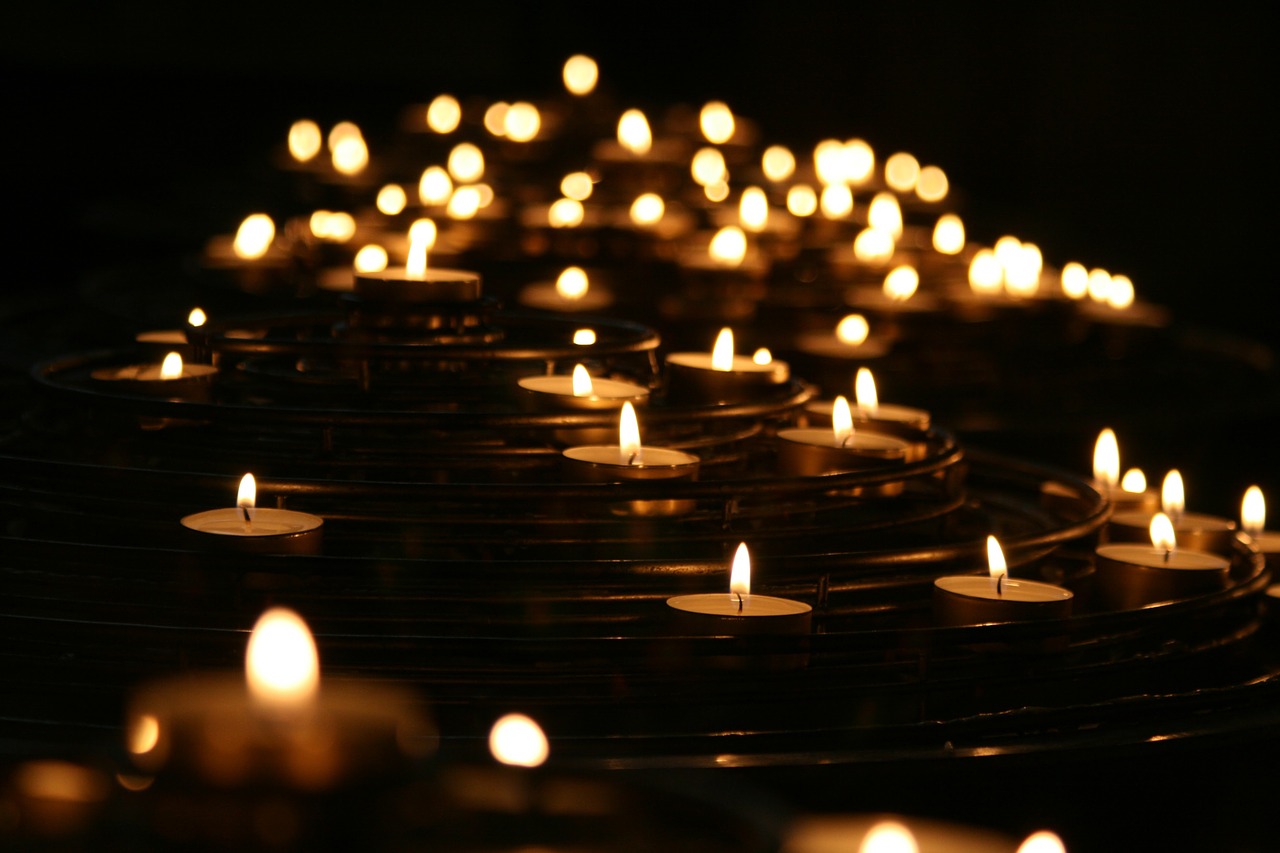 In Barcelona you can experience different activities every night, including expositions, documentaries and discussions – mostly in Spanish. However, watch out for the music concerts – such as an evening of Mozart opera.

5. Make your own espadrilles

A great activity for mums and daughters – is to spend a couple of hours making your own colorful espadrilles – classic Catalan shoes – in this charming shop in the Gothic Quarter of the city.

We loved the experience – which included a short, fun lesson in the history of these shoes, step-by-step guidance and assistance in making your shoes – as well as delicious churros and cava.

Cost: From 60 Euros, including your shoes.

6. We also really like the sound of the live rumba sunset concerts (9 Euros per ticket) on Sundays at Poble Espanyol – a cultural village offering open air cultural activities for all ages in the Montjuic area.

Other activities at the village include craft workshops, contemporary art, architecture, terraces, etc. 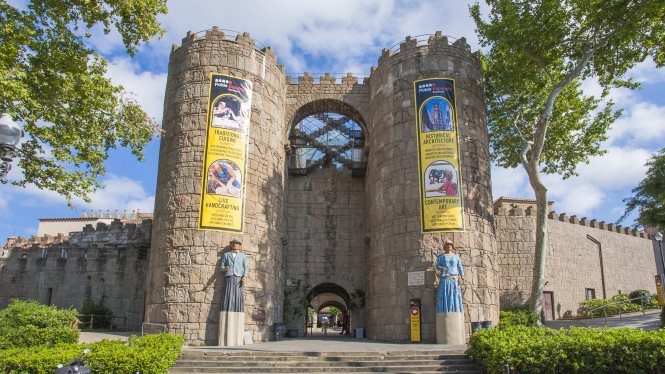 7. Cinema under the stars

Whether it’s on the beach after a day in the sun or chilling in a lounge chair on a balmy summer’s evening – Barcelona’s open-air cinemas is another great staycation evening entertainment option. Here are two of the classic and very popular venues showing films this summer:

The films are projected in original version – with Spanish subtitles.

Basic entrance costs 7.50 Euros, but there are also other combination tickets which include live music or a visit to the castle. Films are shown on Mondays, Wednesdays and Fridays until the 6th of August.

Tickets must be booked in advance via the official website.

This year the festival has been extended to screenings in El Prat, Mataró, Palamós and Tossa de Mar.

The line-up includes alternative and avant-garde films. Prior reservation is necessary and opens about one week before each session. Bring your own food and blanket.

Cooling off is a top priority and Barcelona’s beaches offer experiences for all. City beaches such as San Sebastian and Mar Bella in Barceloneta and the beaches of Poblenou are great for playing volleyball, walking, rollerblading and cooling off – though for clearer water and less crowded and quieter beaches, it’s worth venturing out a bit further.

Nearby beach options that can be reached by car and/or train include Sitges, Gava Mar and Castelldefels, each with its own character.

We like Gava Mar (20 minutes by car) and Castelldefels (20-30 minutes) for their beautiful stretches of white sandy beach.

Gava Mar doesn’t have many chiringuitos (beach bars and restaurants on the beach), whereas you’re spoilt for choice in Castelldefels.

Sitges is another nice option, a former fishing village popular with expats, with different beaches to choose from and a lovely town with whitewashed buildings and a Bohemian character with many nice restaurants and shops to explore.

Our favorite outdoor pools in the city are the Piscina Municipal de Montjuic for its spectacular views of the city.

Built for the 1992 Olympics, the 25-meter pool offers fairly basic facilities. It can be reached via the Montjuic Funicular or by bus (55.)

Club Natació Atlètic in Barceloneta – is a seafront swimming club on the Sant Sebastiá beach. There are two outdoor pools – one for swimmers and the other one for leisure. Facilities include sun loungers.

If you’re looking for a day of thrills and spills – Port Aventura is about one hour’s drive from Barcelona and is great for kids of all ages. Apart from the more than 40 themed roller coasters and other thrilling rides, the complex also features a separate aquatic park and the Ferrari land theme park – a live Ferrari experience for the whole family. 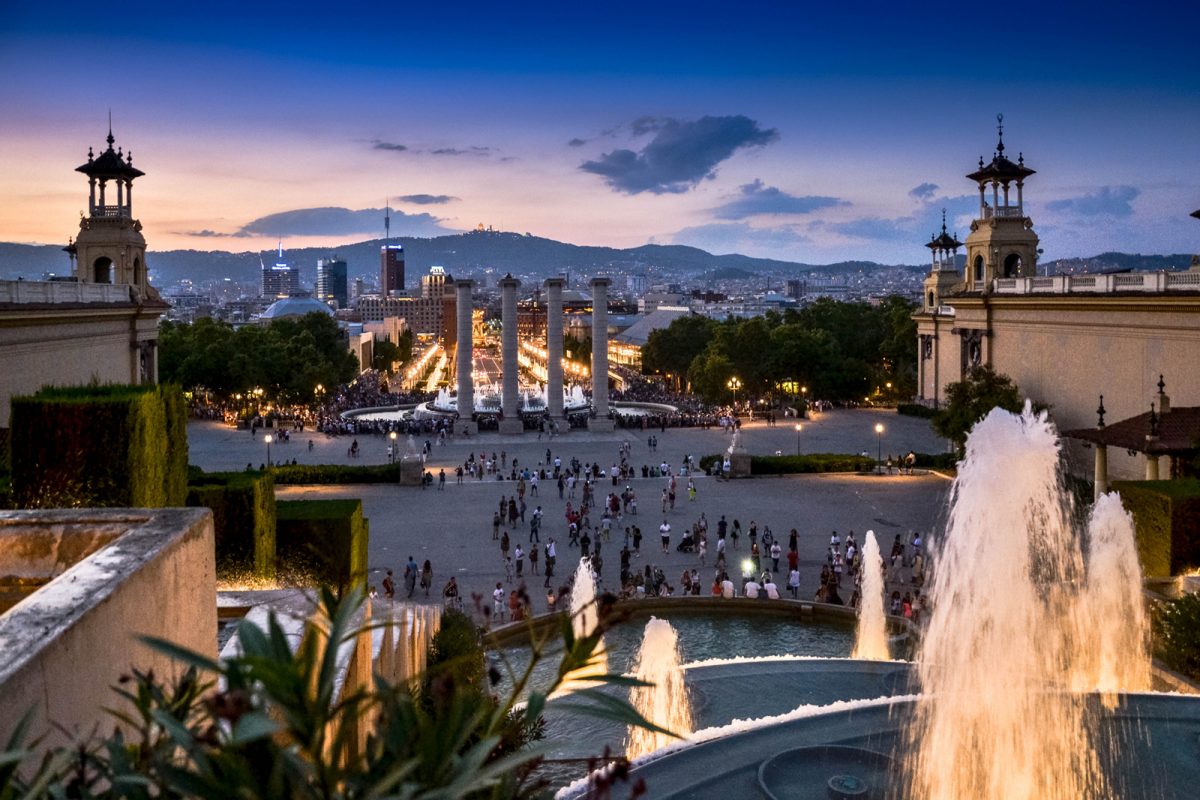 (about 40 minutes by car from Barcelona) – is a great option if you’re into shopping and like your designer brands. The outlet features top brands at discounted prices in a charming shopping village atmosphere with many restaurants where you can refuel before hitting the shops again.

This August, La Roca Village organizes the Summer Fest. During your shopping experience, you will be able to enjoy live music, refreshing culinary delights and unique artistic installations in the open air. And don’t miss Corso Iluzione, new restaurant that barcelona decoration firm Luzi, opened in the new expansion of the shopping center.

11. If you’re into football – the FC Barcelona Museum

Located in the Camp Nou Stadium in the district of Les Corts, is the best place to get to know one of the world’s best football clubs – the museum features a trophy area, multimedia space, Messi area, art collection, Futbolart collection and temporary exhibitions. 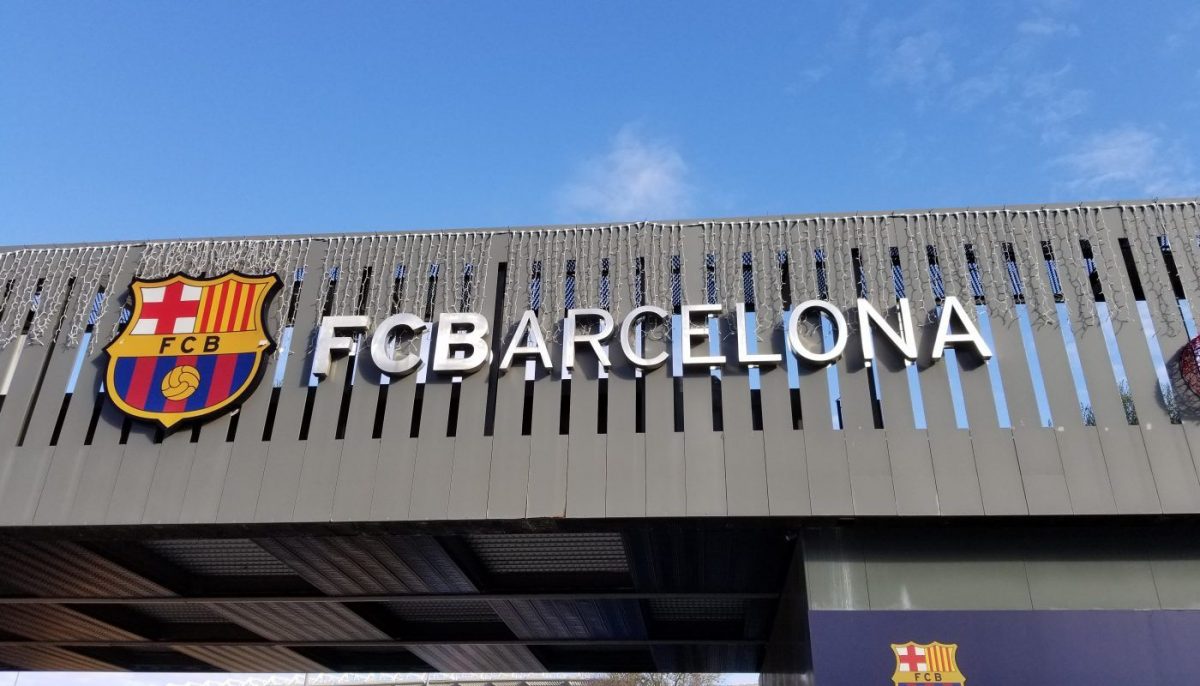