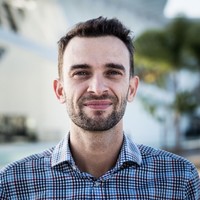 The management of the crisis in Brazil has been fairly controversial, although some preventive health measures were taken earlier than in Europe. Public services were digitalized, which was essential, given the urgency of providing them online. Brazil's justice system has been changed radically, replacing one of the most conservative and reactionary public systems in the world with a new online service. A new emergency videoconference platform is available to all courts and judges and has been used in more than 400,000 online court cases. This has guaranteed greater coverage of judicial services and contributed to institutional stability and security in the country.

Barcelona's handling of the crisis has been seen largely as positive, especially the strict measures at the outset to enforce quarantine. There was criticism of measures and some fear of the second wave at the beginning of the summer when the restrictions began to be lifted and there were pictures of people enjoying the beaches and parties. There has also been a lot of talk about how the city is taking advantage of the crisis to drive through its urban planning policies, both to mitigate the effects of the COVID crisis and to leave a legacy of more livable public spaces. And lastly, there has been news about the scaling up of the "superblocks" project and the city's tactics in stimulating social distancing.

Although Barcelona has been working on digitalization its public services for some time, there is still a long way to go before this transformation reaches its full potential in the management of the city and in everyday life. The digitalization of the judicial system in Brazil is proof that even the most conservative sectors and those most skeptical of change can adopt new, efficient, secure ways of working. More work and incentives are needed so that city management and public services, even in the most sensitive areas, can also undergo full digital transformation in order to expand their scope and improve people's quality of life.