Clara Prats: the scientist behind a major breakthrough in monitoring Covid-19 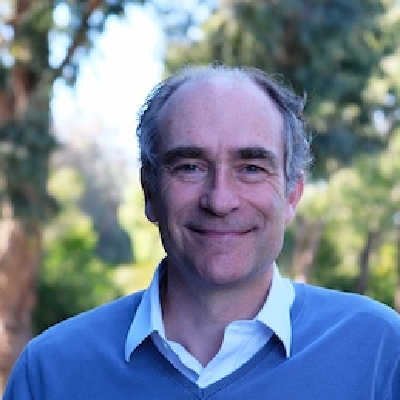 Although there has been considerable background political noise, the response to the pandemic in Silicon Valley has been science-based. The University of California, San Francisco, and Stanford University have all conducted epidemiological, clinical, and genetic studies that have made it possible to devise results-based customized measures for the California population. Biotechnology companies have played an important role in developing new diagnostic methods and treatments, headed up by Gilead Pharmaceuticals, who succeeded in getting the go-ahead for the use of Remdesivir. Numerous artificial intelligence companies have also contributed to the analysis of biomedical data and developed new diagnostic tools in conjunction with the Stanford Institute for Human-Centered Artificial Intelligence.

The press has followed the increase in infections throughout Europe over the last few weeks, and has expressed a degree of alarm over infection levels in Spain, especially Madrid. Fresh outbreaks in Barcelona have been less reported, although more European cities are gradually being added to the list of areas at risk of a surge in cases. What the American media have also noticed is the negative impact of the pandemic on Barcelona FC’s accounts, an impact which has been estimated at more than 200 million euros. Barcelona’s image continues to be positive despite the pandemic and many Americans from Stanford who have visited the city for a medical or technological congress have good memories of the city.

Although direct comparisons cannot be made with Silicon Valley due to differences in lifestyle, population dispersion and the more individualistic approach to life here, some ideas may be useful. Here patients with Covid-19 have been transferred from high frequency areas such as Los Angeles to less saturated hospitals, such as those in the San Francisco Bay Area. Teleworking, which was already quite common, has become widespread and many universities and companies have already told their employees not to return to the office until the summer of 2021. Experience in California confirms that making decisions based on scientific knowledge and advice from experts in epidemiology and infectious diseases is essential in helping to control the spread of the pandemic.

We visit Ca l'Alier: the urban innovation center of Barcelona

Barcelona Gallery Weekend: 5 days for the city's galleries to display their art

A commitment to excellence and more sustainable mobility, by Ferran Andreu

Barcelona will be the world capital of Architecture in 2026 and will organize the international congress of the guild.

Barcelona is the 11th safest city in the world and the fourth in Europe according to The Economist's Safe Cities index 2021. The ranking analyzes 60 large cities around the world and collects 76 indicators that measure safety in 5 categories: infrastructure, health, environment, personal safety and digital security.

The UB leads the Spanish campuses and is once again among the 200 best universities in the world, according to the Shanghai 2021 ranking, which lists a thousand institutions.