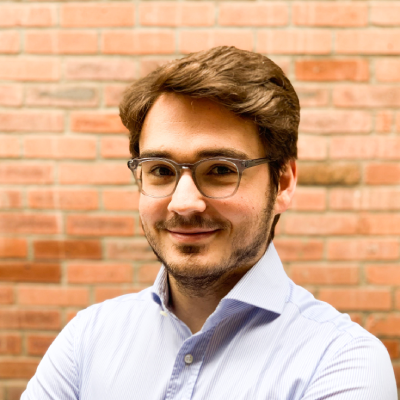 Gerard Garcia studied in Barcelona and in Maastricht. He currently works as a Senior Strategy Analyst at CoverWallet New York, an insurtech that enables small and medium sized companies to purchase insurance digitally.

What would you highlight about the management of the crisis in New York?

New York was slow to react, despite news from China and Europe, but once the virus was in the city, the response was very quick. The mayor and the governor both worked closely with private companies to import health supplies quickly and efficiently, while also mobilizing resources to organize hospitals on the city's deserted streets, and managing to provide up to three meals to those most in need. The infection and death toll curve in New York State speaks for itself: while the country is not yet seeing an encouraging drop in numbers, it seems that the situation is different here. So much so, that New Yorkers are defining themselves as Cuomosexual, in reference to the Governor Andrew Cuomo’s leadership and popular appeal.

Initially there was a lot of talk about Barcelona because it was one of the epicenters of the virus in Europe. The Spanish health system was talked about with a degree of envy, as use of the American health system can result in bills amounting to thousands of dollars. There was also mention of the economic impact Covid-19 may have on the European countries that suffered most from the 2008-12 crisis, the so-called PIGS (Portugal, Italy, Greece and Spain), as they all have a large tourism sector, one of the industries most affected. As the pandemic advanced here, the focus shifted more to the United States. When Europe has been mentioned at all, it has been to focus on lessons that can be learnt from effective or less effective approaches to managing the crisis.

Barcelona has reacted to the crisis by ensuring resources reach hospitals and frontline medical staff, the people who need most support in this crisis. Financial support has been given to the self-employed and affected families and people’s response has been exemplary at all times. Now it is time for people to lose their fear of the virus, and, to achieve this, Barcelona will have to promote more activities out in the open and cultural initiatives, while also discovering solutions for restaurants that involve preventing crowds and ensuring social distancing. We will have to get used to masks covering each other's faces, and we will seek the affection so typical of our culture through gestures and words rather than physical contact. This should be accompanied by government incentives to help companies re-employ workers. And so, little by little, the city will regain the shine it is so famous for.