“Barcelona has a growing biotech community” by Claire Woodthorpe

Chené Koscielny, Director of the 2021 International Talent Monitor (ITM) looks at the challenges expat families face when choosing schools in Barcelona and how these could be resolved.

Which school will be best for my children if the family moves to Barcelona? Will they be able to continue in the education system they’d started? Will they have to learn Spanish and Catalan? How will they get to school every day?

These were some of the questions we as expat parents had to navigate when we planned to move to Barcelona nearly two years ago, something we also had to do 5 years earlier when we moved the family from London to Geneva.

So, how does Barcelona measure up when it comes to international schools? There is never an easy answer to this, in my opinion, and, although we are very happy with our choice, in the end, the international schooling situation in Barcelona can be a challenge for families relocating from abroad. 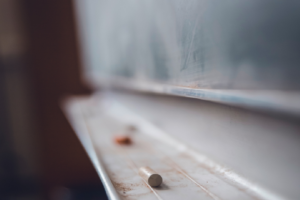 As a seasoned expat mum I knew better than to rely on the relocation agents’ recommendations as they often don’t have the full picture and they have their own biases. Better to inform yourself by reading a variety of blogs, online forums, and talking to friends of friends to try to get a better understanding.

Public schools were not an option for us as the children were older (12 and 16) and had already started the International Baccalaureate program.

In the end, we chose the American School of Barcelona (ASB), a private school just outside the city in St Just Desvern, where we also chose to live so the boys could walk to and from school.

Our decision to switch from a British school in Geneva to an American school was mainly influenced by the fact that it was one of only a handful of schools offering the IB. We also loved the school’s modern facilities and had received very good feedback from other parents.

It has to be said, though, that the fees of most international schools at between 1,000 and 1,500 euros per month per child are out of reach of many international families – unless the employer is paying a schooling allowance. 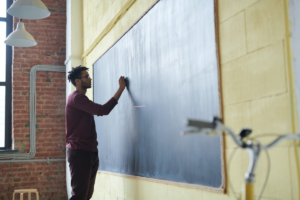 ‘Net income is an issue’

“Barcelona is a very attractive location for young professionals, but the city has difficulties attracting senior researchers and middle managers with families, which has a strong impact on the competitiveness of the city’s research centers and corporates,” says Cristina Valiñani,  Barcelona Global Projects Director.

For a middle manager or a senior researcher in his or her 30s or 40s, the cost of international schooling for more than one child compounded by the relatively high housing costs makes it unaffordable relative to income, she adds.

In fact, one of the main reasons professionals give for declining offers in Barcelona, is the lack of an affordable, accessible international school for their children. Although Barcelona’s schooling system is very good, they need their children to initially follow an international curriculum to lower the risk of their decision while they make Barcelona their new home.

In surveys and focus groups for the 2021 International Talent Monitor  (ITM) – expats identified that the cost of international schools when considered in conjunction with lower salaries on average in Barcelona and the high cost of housing – make the net income comparatively low for internationals – particularly senior talent, who look beyond lifestyle and attractiveness when considering a place to settle.

The overall level of general satisfaction with the school system in Barcelona has remained stable (4,7 out of 7) compared to previous ITM reports.

Children’s educational opportunities also showed an increase as one of the reasons expats give for leaving the city at 7%.

When selecting a school for their children, international parents also lament the lack of international languages taught in public and concertada (state-subsidized) schools. This is particularly true of parents who see themselves relocating again in the future. 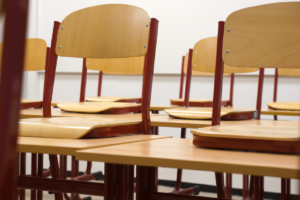 So, what can be done?

In other countries such as the Netherlands, the government has subsidized international schools with an international curriculum specifically aimed at expat families, says Valiñani.

In Spain, the concertadas have to follow a Spanish curriculum in order to qualify for a subsidy.

The project now needs the support of an established educational partner or a political agreement to make subsidization compatible with the application of a fully international curriculum to make the city more attractive for international talent, says Valiñani.

For news about the city and the people, international and local, who bring it to life, sign up today to the Barcelona Global Blog in English.