La Barcelona del Turismo: Whatever will be, will be. But always Barcelona

One of my favorite things to do at Barcelona airport now that COVID is wearing off is to scan the departures board to imagine my next adventure.

Will I dance the tango in Buenos Aires, bargain my way through the souks in Tangiers, take in the latest show on Broadway, or attend a business conference in Boston?

Barcelona’s connectivity is a major advantage for internationals who choose to settle here but who also love the fact that they can easily hop on a plane to attend a business meeting or family reunion anywhere in the world.

Barcelona Global’s 2021 International Talent Monitor (ITM) indicates that international talent in the city is highly satisfied (6.1 out of a total score of 7) with the city’s international connectivity. Barcelona’s El Prat Airport was also recently voted as the second best airport in Europe.

Unfortunately, this precious asset could soon become less important as a result of what some believe amounts to ‘petty’ political disagreements about the proposed expansion of the airport.

A 1,7 billion euro plan to expand the airport resulted in a drawn-out debate which led to the eventual suspension of the plan in September 2021.

The Spanish government and Aena, the country’s airport operator (51% publicly owned), decided to suspend the plans due to a lack of consensus between the national Spanish and regional Catalan government about the proposals.

The idea is to extend the airport’s current capacity from around 53 passengers (pre-pandemic figures in 2019) to 70 million passengers per year.

One of the key aims is to turn the airport into an important international long-haul hub to rival Amsterdam’s Airport Schiphol, London Heathrow Airport, and Paris Charles de Gaulle Airport.

This will position Barcelona as a connecting city for flights between Asia and North America – widely expected to be the future drivers of the global economy.

The controversy centers around the proposed extension of one of the airport’s runways, which is crucial if Barcelona wants to accommodate more inter-continental flights.

Currently, only one of the runways can accommodate the take-off of bigger planes used on inter-continental flights. However, because of complaints about noise pollution from residents’ associations at the nearby Gavá Mar beach district, the taking off of planes on this runway has to be restricted.

What this means, is that the airport can’t handle an increase in international air traffic. The only solution is for the shortest of the three runways to be extended by about 500 meters to allow bigger planes to take off without causing noise disturbances to the airport’s neighbours.

So, what is the problem?

The issue is that the short runway borders on a controversial ecological area, a wetland and La Ricarda lagoon, which form part of a nature reserve. 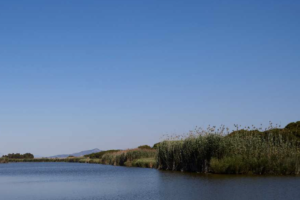 The Catalan government is divided over the airport’s expansion plans and in addition, Barcelona’s mayor, Ada Colau, is opposed to the plans due to concerns about an increase in air pollution.

After more than two years of negotiations, the debate came to a halt in September 2021 as Spain’s airport operator Aena withdrew funding for the expansion project until more consensus was reached between the parties involved.

Why is this an important decision for Barcelona?

Barcelona has the potential to be one of the most important intercontinental hubs in Europe, particularly as Heathrow is expected to become less significant in the post-Brexit area.

Barcelona’s airport is already highly rated among international talent and counts as one of the city’s major competitive assets.

Experts say El Prat is ideally placed to become one of the biggest inter-continental airports – attracting flights from Asia and the US.

The question, therefore is this: Does Barcelona want to have a European-dominated airport which will mean the city’s future economic development will be mainly tourism-based, or to fulfil its potential to become one of the world’s most attractive cities for international talent and one of the world’s most important inter-continental hubs?

Barcelona Global believes the expansion of the airport is crucial for the future development of the city and for the city to continue to attract international talent. 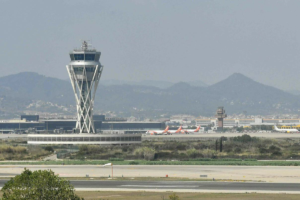 Although the impact of an extension on the wetland area is not in dispute, proponents of the plan say it has been shown that the impact could easily be minimized, including the possibility of moving the wetland elsewhere. They say the wetland has been impacted by humans in the past – and that such a move could be a viable solution to the ecological objections.

Barcelona Global believes the city has to find a way to balance economic and ecological interests in the interest of its future development.

Concerns over air pollution, meanwhile, is something every airport in the world has to grapple with and the challenge with the development of airports everywhere will be to find the most responsible way of managing this impact in the interest of all.

Barcelona Global believes there is no other option than to re-open the debate and to have robust discussions – as is needed with every airport expansion around the world.

What is NOT an option,  is to ignore the need for Barcelona to grow and solidify its place as one of the world’s leading cities for international talent.

Barcelona Global will continue to lobby for a serious, reflective debate to find a solution in the interest of all.

Should Barcelona’s airport be expanded?  What do you think?

Share your views with us in the comments below.

For news about the city and the people, international and local, who bring it to life, sign up today to the Barcelona Global Blog in English.