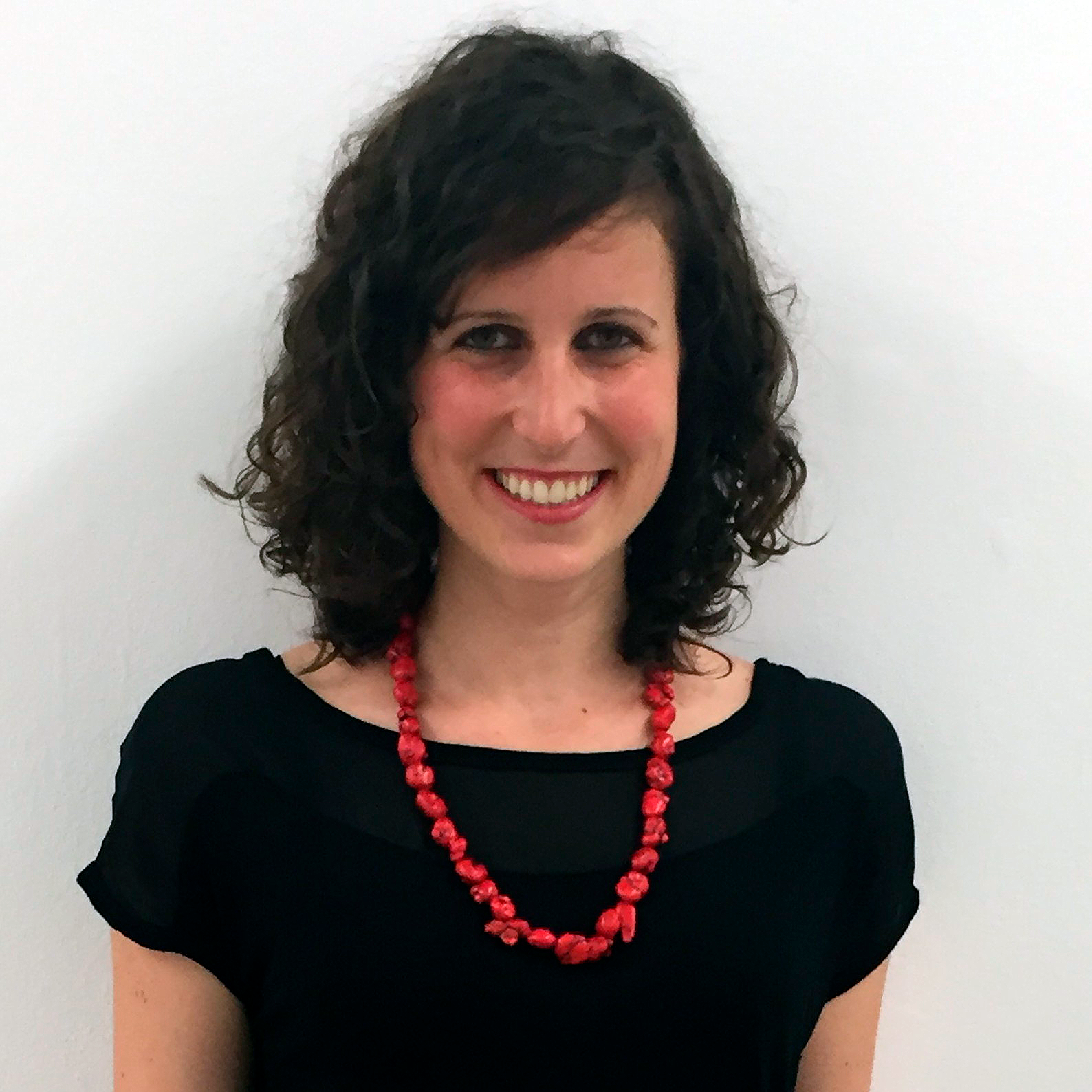 Music is a universal language; anyone anywhere is capable of being moved by a piece of music. But how many people can really touch you when they play?

Reading music correctly is far from straightforward in itself, but producing outstanding performances is much more than simply reading a handful of black dots carefully placed on five horizontal lines.

It takes countless hours of study to achieve excellence—it’s quite naïve to believe in the born artist—but it is only fully achieved when the musician is capable of revealing the depths of their inner world to the audience.

This extraordinary act of generosity may be captured by a recording system that can reproduce the magic of a performance of the highest level, but – and this may be disappointing to some—nothing, nothing at all, is quite the same as a live performance.

After a year of restrictions of all kinds, I must confess that the best experiences I have had this year have been the extraordinary range of events at our concert halls: going to the Palau de la Música Catalana on July 1 to listen to Albert Guinovart was the best gift imaginable after three and a half months of lockdown; as was going behind the scenes at the Vilabertran Schubertiade to enjoy the extraordinary excitement of Schubert’s music; and feeling every vibration of Beethoven's Ninth Symphony performed with great sensitivity by the OCM orchestra and the Orfeó Català at the end of September. As indeed was attending the reopening of the Gran Teatre del Liceu after six months closure and experiencing Gustavo Dudamel‘s first visit to the orchestra pit; listening to my beloved Casals and Cosmos Quartets opening the first Biennale of Quartets held at the Barcelona Auditori; and discovering talented young players like Maria Florea and Sara Ferrández playing alongside the OBC in the first live concert in the Pau Casals auditorium after a summer in which music had been mainly performed online. Other extraordinary experiences included participating in the recording of the documentary about the Canto de la Sibila in the Cathedral of Barcelona; feeling that I had witnessed an inexplicable miracle after a thrilling performance of the Mariinsky Theater Orchestra—with Valery Gergiev conducting—in an unforgettable evening put on by Ibercamera; and finally, last Friday at the inauguration of the Overture City+ series, delighting at the fantastic Brio Quartet, a quartet of four excellent saxophonists from the almost 200-year-old Conservatori del Liceu. And what a privilege it all was!

But the best is yet to come, because this March, after the forced cancellation of last year’s event, the city will greet the return of the the Barcelona Obertura Spring Festival, a festival promoted by Barcelona Globaland organized by the city’s three main musical institutions— Gran Teatre del Liceu,, el Palau de la Música Catalana, L’Auditori de Barcelona—with the collaboration of Ibercamera, the Conservatori del Liceu, and the OCM Orchestra and the support of the Barcelona City Council.

Against an international background of Covid-19 restrictions, the three institutions will host thirteen concerts, featuring Gustavo Dudamel, Josep Pons, Elim Cham, Raphaël Pichon, Gregory Kunde, Krassimira Stoyanova, André Schuit, Nuria Rial, Sol Gabetta, Grigory Sokolov, Daniil Trifonov, the Quiroga Quartet and the Jove Capella Reial de Catalunya, and others. In addition, the series of free concerts planned for the 2020 edition will also be rescheduled as a sign of the city’s commitment to local artists and audiences.

The festival’s founding objectives will be kept intact: we will continue to ensure that Barcelona is seen as a city of music and culture and seek to challenge the local public by attracting them to the more than 40 concerts taking place in the city between March 5 and 28.

The 2021 festival will include three performances at the Gran Teatro del Liceo. On March 5, Josep Pons will conduct the opera orchestra in a program of Hungarian and Slavic dances by Brahms, Dvorak, Kodály, Bartók, and Borodin. The Spanish premiere of Lessons in Love and Violence, an opera by George Benjamin and Martin Crimp, will be staged by Katie Mitchell and feature the voices of Stéphane Dego, Georgia Jarman, Daniel Okulitch and Peter Hoare, conducted by Josep Pons. The last of the three events will be the new production of Otello by the Bayerische Staatsoper, conducted by Gustavo Dudamel and featuring an outstanding cast headed by Gregory Kunde, Krassimira Stoyanova and Carlos Álvarez.

This year the Palau de la Música Catalana has elected to stage a program composed mainly of chamber music. Grigory Sokolov, faithful to his commitment to the modernista concert hall, will perform four polonaises by Chopin and the ten preludes by Rachmaninoff, op. 23.The Quiroga Quartet, winner of the 2018 National Music Prize returns to Barcelona with its Pathos program, which includes works by Mozart, Berg and Beethoven.The French ensemble Café Zimmermann, for its part, will offer the complete set of Bach's Brandenburg Concertos, led by Celine Frisch and Pablo Valetti, while Raphäel Pichon and his Pygmalion Ensemble will present their interpretation of one of the most iconic works in the entire repertoire: the St. Matthew Passion.

Also in the festival, the Orquesta Sinfónica de Barcelona y Nacional de Cataluña (OBC) will perform two programs at the Barcelona. On the weekend of March 13 and 14, Francesc Prat and soprano Nuria Rial will lead the OBC in a program dedicated to Robert Gerhard (commemorating the 50th anniversary of his death) and Frederic Mompou. A program entitled Utopia will feature Sol Gabetta on cello and Elim Chan as conductor and will include performances of the work Utopia by Sofía Martínez and the Cello Concerto No. 1 in A minor by Saint-Saëns, Mozart's Symphony No. 40, and Prokofiev's Symphony No. 1, the “Classical.” Schubert's Die Schöne Müllerin with André Schuen and Daniel Heide (co-produced by the Associació Franz Schubert) and the Joven Capilla Real de Cataluña conducted by Lluís Vilamajó will complete this year’s offerings by the Auditori.

The festival will also host another outstanding piano concert organized by Ibercamera, with Daniil Trifonov performing a program entirely dedicated to Bach at the Palau de la Música Catalana. Lastly, the Orquesta Camera Musicae will offer two performances of Rodrigo's Concierto de Aranjuez, with Guillermo García Calvo as guest conductor and Pablo Sáinz Villegas on the guitar. The concert commemorates the 80th anniversary of the premiere of this guitar masterpiece in the same hall.

In addition to this magnificent musical program, Barcelona Obertura also presents Obertura City +a series of 27 free concerts that once again enjoys the support of the Barcelona City Council. These concerts, scattered around the 10 city districts, incorporate the three main programs proposed by Víctor Medem—director of the project until last June 2020—that could not be carried out in 2020 because of the pandemic. These are Beethoven and his 32 piano sonatas, the Universe of Roberto Gerhard—a privileged disciple of Arnold Schönberg and largely unknown in his homeland, Catalonia—and Fusion Europe, a set of concerts that puts the focus on the less well-known jewels of the repertoire of the Old Continent.

This reprogramming demonstrates Barcelona Obertura 's commitment to local musicians at a time when repeated concert cancellations are taking their toll on freelance professionals.

Some of the most well-known artists playing are Fahmi Alqhai, Llyra Wiliams, Noelia Rodiles, Marco Heredia, the Barcelona Clarinet Players, Cosmos Quartet, the Quartet Altimira and Josep-Ramon Olivé. The program also features ensembles from the Gran Teatre del Liceu and L'Auditori de Barcelona, as well as students from the Conservatori del Liceu and ESMUC. There are 27 concerts with about eighty musicians in 20 different venues. Some of the venues are the same as in 2019, such as the National Art Museum of Catalonia (MNAC), Casa Batlló, Fundació Miró, the Modelo Prison, the Sant Martí Auditorium and the Zona Nord, Pere Pruna, La Sedeta and Fort Pienc civic centers.

This year the CASA SEAT joins venues planned to be included in last year’s event: Fundació Tàpies, Museum of Contemporary Art of Barcelona (MACBA), CaixaForum and the civic centers Can Basté, La Sagrera and Matas Ramis.

I would like to end by quoting the words of the president of Barcelona Obertura Ramon Agenjoat the March 1 press conference to present the festival: “The pandemic has shown that one of Barcelona's great strengths in the classical music scene is the consistency, quality, and commitment of local audiences. And it is precisely this that will help it consolidate its position on the global music scene“.

Follow our advice and give yourself a treat: take advantage of this extraordinary program of live music.

The internationalization of higher education, an opportunity for Barcelona

Culture in Barcelona: three challenges for a key sector

Salvador Aznar-Benitah: the Barcelona-based researcher who is seeking to defeat cancer and skin ageing