Alzheimer's, dementia, and other age-related neurodegenerative diseases are one of the main causes of mortality, disability, and dependence in Spain.

In fact, in Spain it is estimated that they affect 900,000 people, that is, one in ten people over 65 and a third of those over 85. If we extrapolate these figures to Catalonia, there are 86,000 cases.

The World Health Organization (WHO) certifies that there are 50 million affected in the world, with 9.9 million new cases each year, a figure that could triple by 2050, exceeding to 1.5 million people in Spain.

Barcelona has been a pioneer both in providing families with tools to alleviate the situation derived from the disease and in trying to find an effective treatment for the disease. Therefore, there are numerous associations, organizations, research centers, and hospitals dedicated to research into the disease.

The figures speak for themselves, which is why in 2018 the Barcelona City Council decided to go a step further and create the ‘Mesa Barcelona por el Alzhéimer’. This organization aims to raise awareness through a channel of information to help citizens answer all the doubts that can be generated around Alzheimer's. 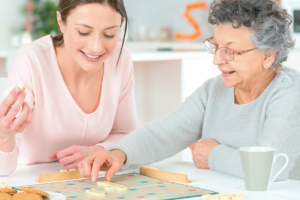 As a result of this close work between AFAB - Associació de Familiars de malalts d'Alzhéimer de Barcelona, Fundació Alzhéimer Catalunya, Fundació ACE, Fundació Pasqual Maragall, Fundació Uszheimer, and the Barcelona City Council, they launched a new source of information: InfoCanal. A channel of FAQs about Alzheimer's and other neurodegenerative diseases to help relatives and caregivers with basic and updated information about this disease.

In addition to the public institutions, multiple entities in the city undertake an extraordinary work in both research and awareness. A clear example is the Fundació Pascual Maragall y su centro de investigación Barcelonaßeta Brain Research Center (BBRC).

Fundació Pascual Maragall, for a future without Alzheimer's disease

The Fundació Pascual Maragall is a private foundation with more than 50,000 members, donors, initiatives, and solidarity legacies that was founded in 2008 by Pasqual Maragall, former mayor of Barcelona and former president of the Generalitat de Catalunya, as a commitment to fight Alzheimer's disease after being diagnosed. The main objective is to achieve a future without Alzheimer's, working for the promotion of relevant research in Alzheimer's and age-associated neurodegenerative diseases, while there is a change in the social consideration of the disease.

Research is the only way to beat Alzheimer's, that is why the Fundació Pasqual Maragall decided to found its researchcenter, the Barcelonaßeta Brain Research Center (BBRC), which this year celebrates 10 years aniversary.

Since the beginning, the BBRC has been committed to research into the prevention of Alzheimer's disease and the study of cognitive functions affected in healthy and pathological aging. This would be impossible without more than 60 researchers whose goal is to contribute to the forefront of Alzheimer's research through the impact on prevention, treatment, and on the more social aspects of the disease.

All entities agree that the key to ending this disease is the study and research of it. 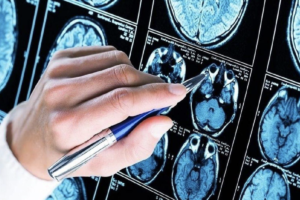 The launch of the Pasqual Maragall Research Programme (PMRP) grants is also another project aimed at promoting and funding clinical research into Alzheimer's and other age-related neurodegenerative diseases. The five-year grants support all types of projects that establish new partnerships to accelerate research into these diseases.

Another big and amazing project is the BBRC Alpha Study, a unique research platform made up of more than 2,700 healthy people who have been contributing altruistically to Alzheimer's research for 10 years and which is supported by Fundació 'La Caixa’.

With more than 300 articles in prestigious international journals, because of the research carried out at the BBRC and to design prevention strategies to delay or stop the onset of symptoms, different scientific discoveries have been made about the disease, such as better understanding the risk factors or determining new biomarkers in the blood to detect the disease in the preclinical stage.

Barcelona and many of its research centers 100% dedicated to eradicating this disease and to make that, once and for all, patients, families, and society can forget about Alzheimer's and other neurodegenerative diseases.

DFactory: 5 things you should know about Barcelona's first technology hub