We visit Ca l'Alier: the urban innovation center of Barcelona 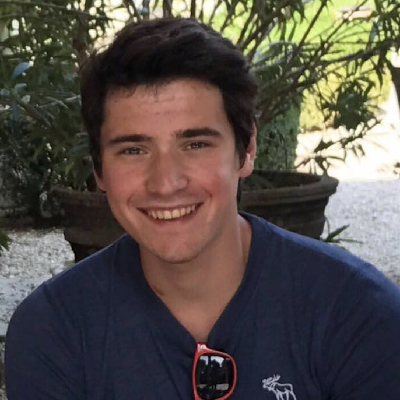 PhD student in economics and statistics at MIT and president of the association of economics graduates. He has worked for Google and Quantco as a Data Scientist.

In a word: testing. Boston is one of the leaders in the United States in per capita testing, and perhaps unsurprisingly, in per capita cases as well. The city converted its powerful biotechnology industry and research centers in order to carry out rapid, mass testing. Today about 30,000 tests are done every day and centers such as Harvard's Broad Institute and MIT process large numbers of tests: during the summer, 5% of all tests in the country were carried out here. Universities such as MIT are administering two (non-invasive PCR) tests a week to all students on campus. The results are processed in less than 24 hours, enabling complete control over the campus.PCR no invasivo) semanales a todos los estudiantes que van a estar en el campus. Los resultados se saben en menos de 24 horas: el control sobre el campus es absoluto.

The handling of the crisis in Barcelona, Catalonia and Spain in general has been viewed with concern. From the lack of control at the beginning of the pandemic, when Spain was set as an example not to be followed, to the current situation, which is used as an argument against relaxing health measures. Unfortunately, stereotypes about the Spanish lack of seriousness and control in the face of a crisis have been reinforced. On the other hand, growing concern about the worsening situation in the United States has led to much less coverage of Barcelona in the media. The only question I was asked at immigration control when I returned to Boston in August was whether I thought Messi would really leave Barcelona.

More tests. Boston is an example of what can be done with more resources and more public-private collaboration. Quite apart from discussing whether or not to reopen schools and universities, the authorities decided to go for mass testing. The Catalan government should do the same and invest in infrastructures that allow for frequent rapid quick testing of a large number of students. This is the only way to react swiftly and to keep the epidemic under control during the academic year. Public bodies must set out a clear plan that allows teachers and students to anticipate uncertain scenarios. The challenge is huge, but every effort must be made to ensure that the academic year continues without affecting the safety and future of students.

This is no joke, by Fernando Gil de Bernabé

'The crisis has revealed nothing new', by Andrés Luther

The Franz Schubert Filharmonia, a passion for music