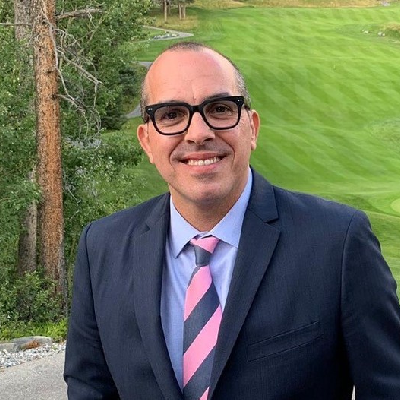 Until May 2020, director of trade fairs and international development at Fira Barcelona. Today, entrepreneurial consultant in branding, promotion, events and strategy for companies.

The citizens of Toronto took the lead by staying at home and closing businesses. They were not obliged to do so by law, but the government's warnings made it clear that citizens needed to act responsibly. Canadians trust the government, and, even if it sometimes meant expressing uncertainty, Prime Minister Justin Trudeau issued short, clear, honest messages on a daily basis explaining the measures that were being taken. In addition, those who lost their jobs received financial aid for a period of 6 months.This was processed immediately and with a minimum of red tape, with money being paid into bank accounts just 3 days after the application was made. Canadians are law-abiding as a rule and the idea of mutual support is part of their DNA.

The people of Barcelona love being outdoors, meeting up, and hugging each other; it is part of our Mediterranean culture. But it doesn't help. At first, Italy and Spain didn't respond quickly or effectively enough; healthcare workers suffered, and the law and the police had to intervene. Then, when the "new normal" made it possible to travel around Europe, people relaxed and there were fresh outbreaks. Seeing what had happened in Italy and Spain, we prepared for the worst in Canada. In March, the Canadian government ordered the closure of its borders to non-Canadians and people without permanent residence permits. And in Canada it has been possible to request strangers to wear masks without fear of a rude response. When we meet up with our immediate family, we do so outdoors and maintain social distance.

I pioneered the use of new technologies in the conference and exhibition industry, in which I have over 12 years' experience. In 2012, I also started to use social media for event promotion, at a time when it was still not very common in Spain. In Barcelona we need to act quickly and take full advantage of technology. Companies must digitize now for two important reasons: to increase customer satisfaction and boost employee efficiency. Hybrid events, which allow engagement with digital content throughout the year, will end up being the norm. This will also lead to increased attendance at physical fairs in Barcelona, while building customer loyalty for those who prefer to do business virtually. It goes without saying, however, that nothing can replace the experience of visiting Barcelona, closing a deal with a handshake, or receiving a hug from loved ones. engagement con contenido digital todo el año, por fin serán la norma. De este modo se recibirá también mayor asistencia a las ferias físicas en Barcelona, a la vez que se fidelizará a los clientes que prefieran hacer negocios virtualmente. Sin olvidar, eso si, que nada sustituye la experiencia de visitar Barcelona, cerrar un trato con un apretón de manos, o recibir el abrazo de los seres queridos.

An Italian view of the Covid-19 crisis, by Stefano Chiazza

Strategy to combat inequality: prioritzation and measurement, by Sergi Montes-Messeguer