Art takes over Barcelona with the celebration of Gallery Weekend 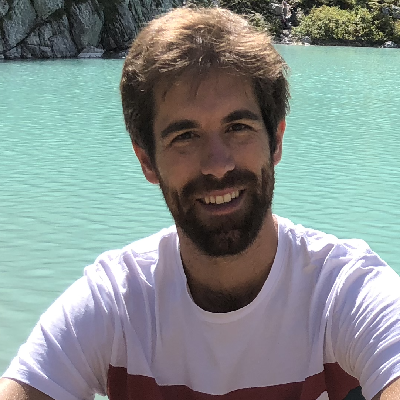 Aeronautical engineer, currently a member of Ferrari's Formula 1 team. Part of the group responsible for aerodynamic performance on the track.

Modena is in the north of Italy and is located in the Emilia-Romagna region which borders Lombardy and Veneto, regions in which the first infections were recorded in Europe as early as January. Following the declaration of a national emergency at the end of the same month, the country decreed full domestic lockdown on 9 March. It was the first country in Europe affected and it tackled the disease by applying strict measures for the first time in the West. This made it possible to protect the south of the country and prevent an even greater calamity. I would also like to draw attention to Ferrari's management of the fight against the virus. Through the "Back on Track" project and in close collaboration with the local authorities, it is providing the tools necessary to guarantee safety in the work environment.

During the months of March and April, Italy and the global situation were the focus of most of the news. However, the hundreds of thousands of people on the streets during the 8 March demonstrations in Spain were viewed with concern from Italy, which was already under a state of emergency. The Italian media placed particular emphasis on the difficult working conditions of some Spanish healthcare workers, but they were very positive about the citizens' initiative to applaud healthcare workers every evening as a sign of respect and about Barça’s decision to give up the rights to the name of the Camp Nou in order to invest the income in the fight against the virus. The unusual Sant Jordi’s day this year was also reported.

In the short term, I think it is appropriate to consider measures to protect the local economy in Barcelona, especially in view of the risks of a second wave of the virus. The collapse of small businesses, for example, must be avoided at all costs. In the medium term, I would seek to protect everything that has made and still makes Barcelona a leading world city: quality of life, international outlook, and a forward-thinking society. To achieve this, and by way of example, I would fight to achieve quality tourism rather than mass tourism by investing in our cultural capital. In the long term, I would look for ways to incorporate three values into the city's economic model: excellence, innovation and knowledge. I would work with universities to ensure a disruptive and sustainable future led by talented individuals who work both for and with Barcelona.

Bookstores: Pharmacies of the spirit, by Estefania Santacreu-Vasut