The largest classical music festival in the city, the Barcelona Obertura Spring Festival, will be taking place between 6 and 30 March, offering outstanding concerts at the three major concert halls in the city: the Gran Teatre del Liceu, the Palau de la Música Catalana, and the Auditori de Barcelona. This year, the Barcelona Overture Spring Festival will be featuring Pelléas et Mélisande, by Claude Debussy at the Liceu, Alondra De La Parra and Carolyn Sampson at the Palau de la Música Catalana, and four programs at the Auditori de Barcelona.

Tickets are available from the Barcelona Obertura website or via the websites of the three concert halls. 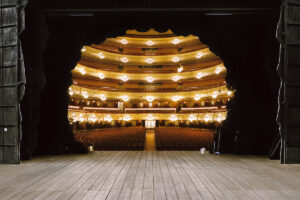 What is Barcelona Obertura City+?

In order to make classical music more accessible to all the people of Barcelona, the Barcelona Obertura City + will be staging a total of 28 free concerts in 22 iconic places in the the city. The aim of Barcelona City + is to present new young artists and composers, most of them trained in the conservatories of the three main classical concert halls in the city. Before the concerts start, there will be a brief explanation of no more than 10 minutes to introduce the music to the audience. The concerts will be held in well-known buildings in various different parts of the city, including the Casa Batlló, the former Estrella Damm brewery, the MACBA, the Museu Nacional d'Art de Catalunya and the Fundació Miró. The festival offers a fantastic opportunity to enjoy high quality music, while showcasing the spirit, architecture, and culture of the city. 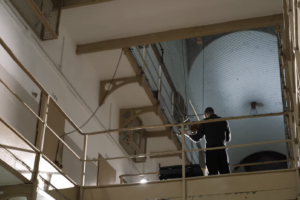 "Come for the music, stay for the rest", the new slogan for Barcelona Obertura

An initiative of Barcelona Global, Barcelona Obertura brings together the Gran Teatre del Liceu, the Palau de la Música Catalana and the Auditori Barcelona in order to show that Barcelona is a major world city in which music really matters, a true world capital of classical music.

Together with the new slogan "Come for the music, stay for the rest".

Barcelona Obertura has also has launched a video to promote the city around the globe.