Markets for both locals and touris, by Barbara Jäger

Ferrocarrils de la Generalitat de Catalunya (FGC), one of the key providers of mobility in the Greater Barcelona Metropolitan Area.

Discover 5 things you may not know about

More than 40 years of history

Although Ferrocarrils de la Generalitat de Catalunya was founded in 1979, it dates back to 1863, when the Tren de Sarrià line was built to link Barcelona with the town of Sarrià. It originally passed through Sant Ignasi de Cassoles and Gràcia, and eventually connected Barcelona with the district of the Vallés. With the help of foreign capital, the facilities were electrified and modernized in 1905, and in 1916, tunnels were built through Collserola, creating what is still today one of the main routes enabling inhabitants of the Vallés to enter and leave Barcelona. 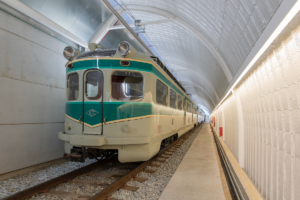 One of the historic trains on display at the FGC exhibition, Photography: FGC

figure of the stationmaster with his pocket watch and whistle announcing that the train is arriving on time? Well, at FGC this is still a reality. FGC train services boast a punctuality rate of 99.64%, making punctuality one of its brand values. FGC is also a leader in accessibility in the transport sector with 100% of its stations and trains adapted for people with reduced mobility. In addition, it is worth highlighting the company's consistently good results in the Customer Satisfaction Index, which never fall below 70%. 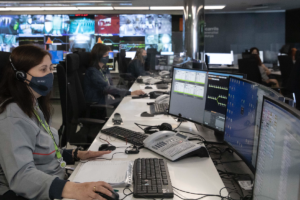 New technologies and innovation always improve efficiency and sustainability. FGC has incorporated the Geotren system, which allows real-time monitoring of train occupancy, a valuable tool for forecasting user flows. It also has one of the first 5G railway laboratories in the world, making the section between Plaça Espanya and Europa Fira the first subway railway section with a 5G connection.

It is well-known that train travel prevents a large amount of CO₂ entering the atmosphere. FGC services on metropolitan lines make it possible for 184,000 vehicles to be left at home every day. Even so, FGC chose to go a step further and since 2021, 100% of the electrical energy consumed has come from solar sources. FGC is committed to increasing the capacity of public transport to provide real and 100% sustainable alternatives to the use of private vehicles. 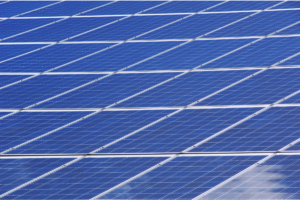 Two new regional lines and a rapid connection to the airport

Already boasting 19 railway lines, 6 mountain resorts, 7 tourist trains, two rack railways and 4 funiculars, FGC is already planning its next steps. In the near future, FGC plans to incorporate two new regional lines (Lleida-Manresa and Cervera-Manresa), a rapid connection to Barcelona Airport, the Camp de Tarragona tramway, and a new link between the Valles and Llobregat lines. It is even considering constructing a new tunnel to the Vallés to reduce travel time by 10 minutes. In addition, FGC would like to operate trains on the high-speed network in order to connect the 4 Catalan capitals and possibly expand northwards into France.