San Francisco: Behind the startups, by Paula Vich

The stage is set and everything is ready. The Mobile World Congress, the world's most important event for the connectivity industry, is back in Barcelona.

MWC Barcelona, with more than 1,500 exhibitors and 1,000 expert keynote speakers from over 150 countries, is where the world's leading companies share the latest thinking on the future of connectivity.

Here are five things you should know about this year’s congress. 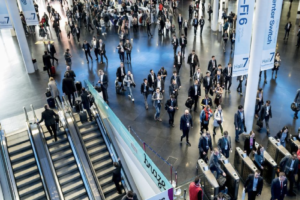 Barcelona is gearing up for the congress, which will be attended by between 40 and 60 thousand people from more than 150 countries: mobile operators, device manufacturers, technology providers, vendors and content owners. The event will also feature more than 1,500 exhibitors and more than 1,000 speakers. The GSMA, organiser of the event, estimates that the Mobile this year will bring 240 million euros to the local economy, generating more than 6,700 temporary jobs. While these figures are much better than last year's, they are still a far cry from the pre-pandemic days when there were more than one hundred thousand visitors. MWC will also stream the most important conferences online for those who are unable to travel.

A new feature of MWC Barcelona 2022 is the Beat Barcelona section. A large open-air space will be host to DJs from the Sónar, Cruïlla and Mira Digital Arts Festival from 6pm onwards. This section will showcase a relaxed Barcelona, helping to transmit the culture, energy and innovation of Barcelona's music. Located in outdoor zone 4, Beat Barcelona will be a place to unwind after a long day or to go for a drink after the conference, fostering a more "informal" atmosphere for networking among attendees who can listen to the best that Barcelona's music festivals have to offer. The MWC organisers say that this space may also encourage talent to ask themselves 'Why not stay in Barcelona long-term?’ 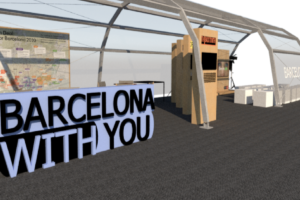 The increasing importance of 4YFN

After achieving considerable interest last year's MWC, the startup platform 4YFN is expected to host more than 500 startups and over 300 speakers this year, as well as raising some four billion euros. Before Covid-19, MWC's little brother was held in Montjuïc, but this year it will be held on Gran Via, making clear how important it has now become. The platform brings together more than 1,000 private investors and startups, a community whose conferences, programmes, and 4YFN awards give a boost to the world of startups. Barcelona Global invites you to come to the Banco Sabadell BStartup stand at MWC-4YFN on Tuesday March 1st at 4 pm, where the initiatives promoted by the International Talent Monitor will be presented. 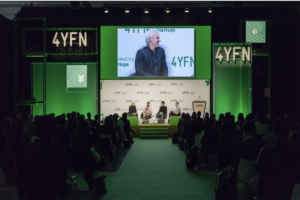 The MWC is a well-known opportunity for companies. For this reason, numerous technology companies take advantage of the showcase provided by the congress to present their new products for the year. There are rumours that Sony will unveil the Sony Xperia 1 IV, while there are also good reasons to believe that Chinese manufacturer Huawei may unveil the Huawei Mate X3, as it seems to be almost ready to be presented to the world. In addition to the rumours, some brands have already announced their launches for this year's MWC. Realme, for example, will launch its top of the range Realme GT 2 during MWC 2022; Honor has also confirmed that it will unveil the Honor Magic 4; and Lenovo, which will have a virtual presence at the congress, has already announced that it will present some of Motorola's latest products.

Will the Omicron variant affect the congress in any way?

The Omicron variant has increased global infection rates, forcing MWC 2022 to reinforce its health measures in order to make the congress as safe as possible. In addition to the use of FFP2 masks, controlled seating, and improvements to ventilation, cleaning and sanitation, MWC will require a valid vaccination certificate, a negative PCR test, or proof of recovery. Access to the site will be denied to those who cannot provide evidence. The health safety measures have been developed together with health experts and Barcelona City Council and are mandatory for exhibitors, visitors, suppliers and staff. Quiron Prevention, the official partner of MWC Barcelona 2022, will be in charge of validating the documents and will also provide 24/7 medical assistance by telephone in 10 different languages for the duration of the event.

After two tough years, MWC Barcelona 2022 is opening its doors with a degree of normality. In addition to networking opportunities, the MWC will be a great chance for the city to make an impact on visitors.