Digital technology, the future for cultural industries, by David Rodríguez

On the initiative of Jordi Roch, the first Vilabertran Schubertiad took place on August 25, 1993. It featured Brigitte Fassbaender and Wolfan Rieger in a performance of Schubert’s Winterreise in the Collegiate Church of Santa Maria.

Since then, many great singers and players have come to this little town in the Alt Empordà to perform works by the Austrian genius.

Between August 11 and 28, this year’s festival will feature such greats as Christoph Prégardien, Juliane Banse, Marlis Peterson, and Matthias Goerne, while established pianists such as Daniel Heide, Francisco Poyato, Wolfram RIeger and Julius Drake will also delight the audience, together with young talents from the International Lied Course organized by the Franz Schubert Association, 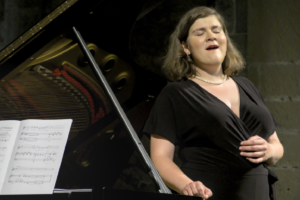 Four things you probably didn't know about the Vilabertran Schubertiad 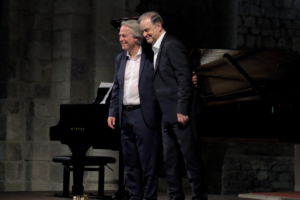 Not even the founder of the festival, Jordi Roch, to whom one concert will be dedicated this year, could have imagined that the festival held in the little Alt Empordà town would become one of the most famous in southern Europe. The outstandingly organized Schubertiad festival has succeeded in gaining the loyalty of concert-goers and internationally-renowned artists alike.

Barcelona hosts the most important international congress on public transport in the world.