Etnia Barcelona: a revolution in colored glass for glasses 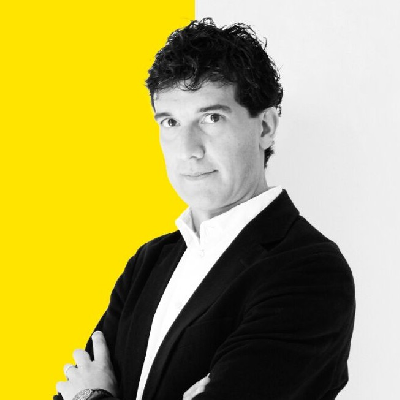 Designer and brand consultant. Founder of the creative agencies brandlond® and brandcelona® in London and Barcelona.

In the private sphere, I would highlight the really agile response to the crisis by businesses, companies and organizations in terms of speed, ideas, and communication. London suffered considerably from the general confusion of its politicians and uncertainty over how to face the health crisis, but it is also true that its social and economic institutions didn't let fear bring the city to a standstill. In the public sphere, I would draw attention to the way that educational, social and economic initiatives have been communicated, both in the short term through the London Transition Board and in the long term through the London Recovery Board. Long-term initiatives are fundamental, since they allow the private sector to trust that there is a plan, a vision, and a commitment to reimagining London and going back to getting the most out of this safe and attractive city.

Management at the institutional level in Barcelona and throughout Spain is being viewed with a degree of concern and astonishment. The huge economic impact that this crisis is having on the tourism sector, so important for Barcelona, has been reported on and, in fact, there has been more comment about the economic impact on the city rather than social and health crisis as such. There has also been news about the lack of coordination and communication between institutions and the lack of clear, coordinated and detailed communication. On the other hand, citizens' exemplary adherence to recommendations regarding the wearing of masks, hygiene measures, and social distancing has also been highlighted. It should be said, that Barcelona continues to enjoy a good reputation here.

Barcelona has demonstrated that it knows how to reinvent itself and to face change; it has always done so and it will do so again this time. With the present and future so uncertain, we need to come together and agree on public-private solutions that work. As a society, we must understand that technology in itself does not amount to communication. Barcelona must rise to the challenge of reaching out to both its inhabitants and its visitors—not only tourists, but also investors—with a message that makes us all feel part of a common project, with a clear purpose and with the aim of creating value. This will enable us to transform the city into the 4.0 world capital. Rather than short term solutions, we need greater involvement from institutions in projects that allow us to re-imagine Barcelona and put it in its rightful place on the world stage.Barcelonins/es) y sus visitantes -que no solo son turistas, sino también inversores-, con un mensaje que nos haga sentir a todos partícipes de un proyecto común, con propósito y creación de valor. Es así como podremos transformar a la ciudad en capital mundial de la industria 4.0. Para conseguirlo, más allá de soluciones a corto plazo, es necesaria una mayor implicación de las instituciones en proyectos de posicionamiento global que nos permitan reimaginar Barcelona.

A commitment to digitalization, by Miquel Serrano

An Italian view of the Covid-19 crisis, by Stefano Chiazza

Bookstores: Pharmacies of the spirit, by Estefania Santacreu-Vasut